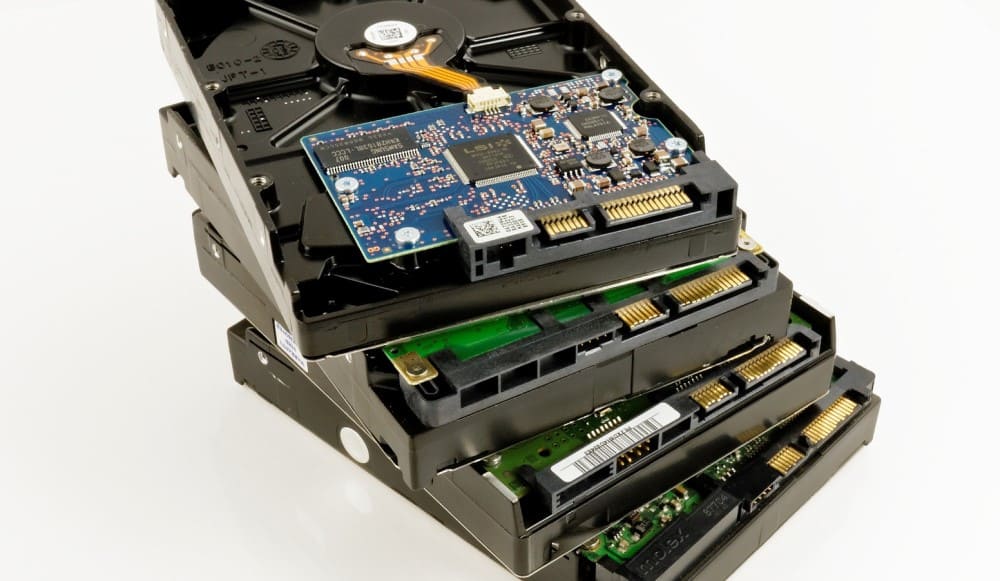 What’s the best CCTV Harddrive? CCTV Hard drives are better known as surveillance drives. At alarmhomesystems.com, we think these are the top 4 hard drives to use for surveillance systems if you’re installing your own hard drive.

So where do we start, Well let’s start with our number one Surveillance drive?

SkyHawk AI, which is intended for AI video analytics, supports up to 64 HD cameras and an extra 32 AI streams, and it has a capacity of 20 TB. With ImagePerfect AI, it produces zero dropped frames and boasts enterprise-class workload rates of 550 TB/yr for excellent reliability.

With drives made for DVR and NVR systems, 24×7 workloads can utilise up to 8 TB. SkyHawk video drives have upgraded ImagePerfectTM and SkyHawk Health Management to assist you to overcome your most difficult obstacles.

These drives boost overall system reliability when incorporated into compatible NVR systems thanks to SkyHawk Health Management (SHM). The SkyHawk drives also come with an extensive three-year Rescue Data Recovery Services plan. When data cannot be accessed in a typical manner, a recovery specialist should be consulted.

The process of recovering data from corrupted or broken storage media devices, such as HDDs, SSDs, or flash drives, is known as data recovery. This corruption may result from either logical or physical damage to the internal filing system or to the hardware itself. The goal is always the same: either copy all files on the damaged device to another, accessible device or put the original device back in working order.

The process used to recover data is determined by a number of variables, including the device’s age, hardware sophistication, and degree of storage device failure. If the damage is physical in origin, data recovery specialists will try to fix the device by swapping out the broken hardware. Specialized software that can clone raw data and replicate it to a new device may be used in the event of logical damage.

As a leader in the data storage sector for more than 40 years, Seagate has adhered to this simple yet effective strategy. Any product that consistently receives excellent ratings over its lifetime, regardless of when it is evaluated, is one you can rely on. We never stop working on quality assurance because of this.

We subject our solutions to more than 160 exacting quality tests. From the time a hard drive is merely an idea in a designer’s head until the end of its useful life, alarmhomesystems.com gauge the quality in a number of different ways. Because reliability of CCTV harddrive installation service can believe in comes from quality over time, at any point in time.

With scalable 247 performance that can handle multi-bay NAS setups and capacities up to 12 TB, IronWolf offers a workload rate of 180 TB/year. Applications like 1- to 8-bay network attached storage are appropriate (NAS).

With scalable 247 performance that can handle multi-bay NAS setups and capacities up to 20 TB, IronWolf Pro offers a workload rate of 300 TB/year. It works with 1- to 24-bay network-connected storage applications (NAS).

More Network Attached Storage (NAS) product reviews are on the way from the majority of the major manufacturers (read them here). Whichever model or brand works best for you, they all share this trait. Hard drives must be loaded onto them. The Seagate IronWolf NAS Series Hard Drives are worthy of a place in your NAS device, regardless of the quantity or capacity of the drives.

Why use a NAS Drive?

Can I utilise the hard disc from my computer in my NAS? is a common query we receive. We consistently respond, “Can you, yes; should you, no.”

Even though most hard drives share a similar outside, they differ significantly on the inside. Desktop computer hard drives are made to be utilised eight hours a day, five days a week. They frequently suffer extended periods of inactivity and are powered down frequently.

NAS drives, on the other hand, are designed to operate constantly for a much higher workload, seven days a week. Look at these concrete statistics. We want to discuss more than simply stats. However, there are several noteworthy distinctions between these two drives.

Despite the fact that many NAS devices only have two bays, you are presumably purchasing a NAS to increase storage space and use a RAID setup for data security. You can only use a desktop drive that is a smaller size. You should look for hard drives that can perform well in a NAS with 4, 5, 6 or 8 bays.

We quickly calculated that 6.5 hours every day would be equivalent to 2400 hours. That is about average for computer use, and it also implies that the hard drive has plenty of time to rest since the machine is off more often than it is on.

Here is a little test. The number of hours in a year. Your guess of 8,7,60 was correct. The exact amount of hours that the NAS drive is designed to last. A NAS drive is intended to operate continuously, seven days a week. Additionally, the NAS drive is capable of handling three times as much stress as the desktop disc.

Last but not least, the desktop drive has a 750,000-hour Mean Time Between Failure (MTBF). That is more than 85 years. Although not all hard drives will live that long, on average that is how long they should function before failing. That is quite remarkable. Naturally, the NAS drive has an MTBF of 1,000,000 hours, or more than 114 years.

We could continue, but we believe you get the idea. The NAS drive is designed to handle the data-intensive, always-on service needed of a NAS.

In some of our NAS devices, we had already been using Seagate NAS HDDs, however in July 2016, Seagate changed the name of its drives to the Guardian series. The BarraCuda line for personal computers and gaming drives, the IronWolf line for NAS and RAID drives, and the SkyHawk line for surveillance drives make up the Guardian Series.

We installed two 6TB Seagate IronWolf drives into a Drobo 5N2 NAS device for testing, and because to the Drobo’s no-carrier disc design, the IronWolf drives were inserted into the device without any problems. If we had been using one of the ReadyNAS devices, such as the Netgear ReadyNAS 526X (see our review here), that would not have been the case.

The mounting holes on each side of the drive are aligned with three tiny plastic pins that are part of the Netgear drive trays. Only two mounting holes are present on our Seagate IronWolf drives. The Netgear drive tray cannot be used because the one in the middle is missing. This isn’t as big of a deal as it seems because the IronWolf drive will fit fine if you simply clip off the small piece of plastic on each side of the tray.

WD Purple drives are engineered specifically for surveillance to help withstand the elevated heat fluctuations and equipment vibrations within NVR environments. An average desktop drive is built to run for only short intervals, not the harsh 24/7 always-on environment of a high-definition surveillance system. With WD Purple, you get reliable, surveillance-class storage that’s tested for compatibility in a wide range of security systems, and some of our latest models (WD22PURZ, WD42PURZ, and WD63PURZ) have improved power efficiency. Exclusive AllFrame™ technology helps reduce frame loss and improve overall video playback.

Enhanced Workload Ratings
With a workload rating of up to 180TB/year2, which is up to three times that of desktop drives, WD PurpleTM drives can meet the special requirements of commonplace video surveillance DVR and NVR systems.

Multiple Cameras, Multiple Streams
Multiple video streams per camera are now supported by modern recorders. Many of the most recent cameras that send multiple streams to enable basic AI capabilities can also be supported by WD Purple drives, which can support up to 64 single-stream HD cameras (6TB1 and upwards). You have the freedom to upgrade or expand your security apps in the future thanks to the variety of alternatives.

Designed for Today’s and Tomorrow’s Surveillance Solutions
WD Purple drives are designed for common 24/7 surveillance DVRs and NVRs and have an MTBF of up to 1 million hours3. The tarnish-resistant components3 and more than eight bays4 support of WD Purple drives provide dependable performance even in challenging conditions.

Proactive Storage Management with WDDA
The system receives a plethora of parametric operating and diagnostic data from storage devices via Western Digital Device AnalyticsTM (WDDA); algorithms then analyse the data and instruct the system to notify system administrators of specific suggested steps to resolve any problems. The goal of WDDA is to give OEMs, system integrators, and IT specialists more power to monitor and proactively manage supported storage devices in order to maintain peak performance.

Three-Year Limited Warranty
Western Digital, a leader in the hard drive business, backs up its surveillance storage solutions with a 3-year limited warranty that comes with every WD Purple disc.

EMEA Region, Toshiba Storage Solutions – The 3.5-inch N300 NAS Hard Drive offers unprecedented reliability for NAS and other high-performance storage systems. It is optimized to meet the reliability, endurance, performance and scalability requirements of 24-hour x 7-day high-capacity storage for personal, home office and small business use. The N300 is available in capacities of up to 18 TB.

Toshiba is aware of the need for highly reliable discs to serve contemporary data storage and retrieval requirements, such as streaming, backup, and archiving, thanks to its contacts with NAS makers. The drive enables enormous volumes of data to be consistently stored and retrieved by numerous clients around-the-clock, 365 days a year. It supports multi-RAID systems with up to 8 hard disc drives.

Small enterprises and creative workplaces frequently require the simultaneous access of multiple users at various locations to NAS systems. As a result, modern NAS devices must have fast data transfer rates as well as continuous upload and download capabilities. N300 drives, which are highly scalable and reliable, can handle up to 180 TB of workload annually, which is up to three times as much as practical desktop hard drives.

Regular hard drives without RV sensors can cause ‘knock-on’ vibration, which can impair the performance of a multi-bay NAS system. N300 drives’ cutting-edge control and sensor technology minimises the effects of vibration to ensure great reliability. The possibility of “knock-on” vibration in multi-bay NAS configuration systems is eliminated by several sensors that can detect even the smallest shocks and built-in RV sensors that can correct for rotational vibration.

To deliver the high-level performance required by real-time domains, Toshiba’s Dynamic Cache Technology, a self-contained cache algorithm with on-board buffer management, optimises how the cache is assigned during read/write.

The helium-sealed construction of the 12 TB to 18 TB N300 NAS Hard Drives results in reduced power consumption while improving storage density. The helium is kept safely sealed inside the drive case thanks to Toshiba Group’s laser welding technology. The helium-filled N300 versions decrease acoustic output to just 20db (normal) in idle mode to protect the environment. The devices offer broad scalability of up to 8 discs and are perfect for large server setups.

BUILT TO DELIVER, DESIGNED TO LAST

Toshiba has a reputation for being a global leader in innovation after 50 years, and their line of hard drives is no exception. You can be sure that Toshiba’s wealth of hard drive experience is at work in your storage system because it was built for high capacity and outstanding performance. For the utmost piece of mind, the N300 also comes with a three-year extended guarantee.

What areas do you install CCTV Cameras in? 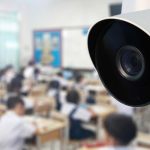 Do you install cctv cameras for other businesses? 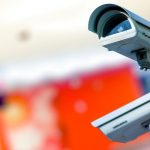 What are the top cctv ideas? 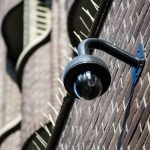